IPTTC published the January ranking list at an earlier time on 29 December 2015. I was ranked 10th in Women Class 5. It meant that I got chance again to go to Paralympic Games next year. It was really good news as the start of 2016.

It was also unbelievable for somebody who considered that I ought to be retired from games. 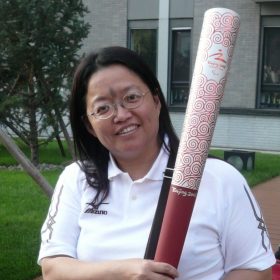 I, as a senior player, was unwelcome. In the past few years, I was always persuaded to go down from the tournament stage, maybe to act as a coach. I refused to do so and continued to play because I got the confidence to win continuously in the tournament. Despite most people presently like to focus on new junior players, I strongly believed that senior players had their place to perform. Both could co-exist in the tournament.

My present slogan is “I would play if I could”. On one hand, I enjoyed very much to be a player, much more than a coach. On the other hand, I could not find another player in Hong Kong who would have so much commitment like me. So, don’t ask me to stop if you meet me next time.