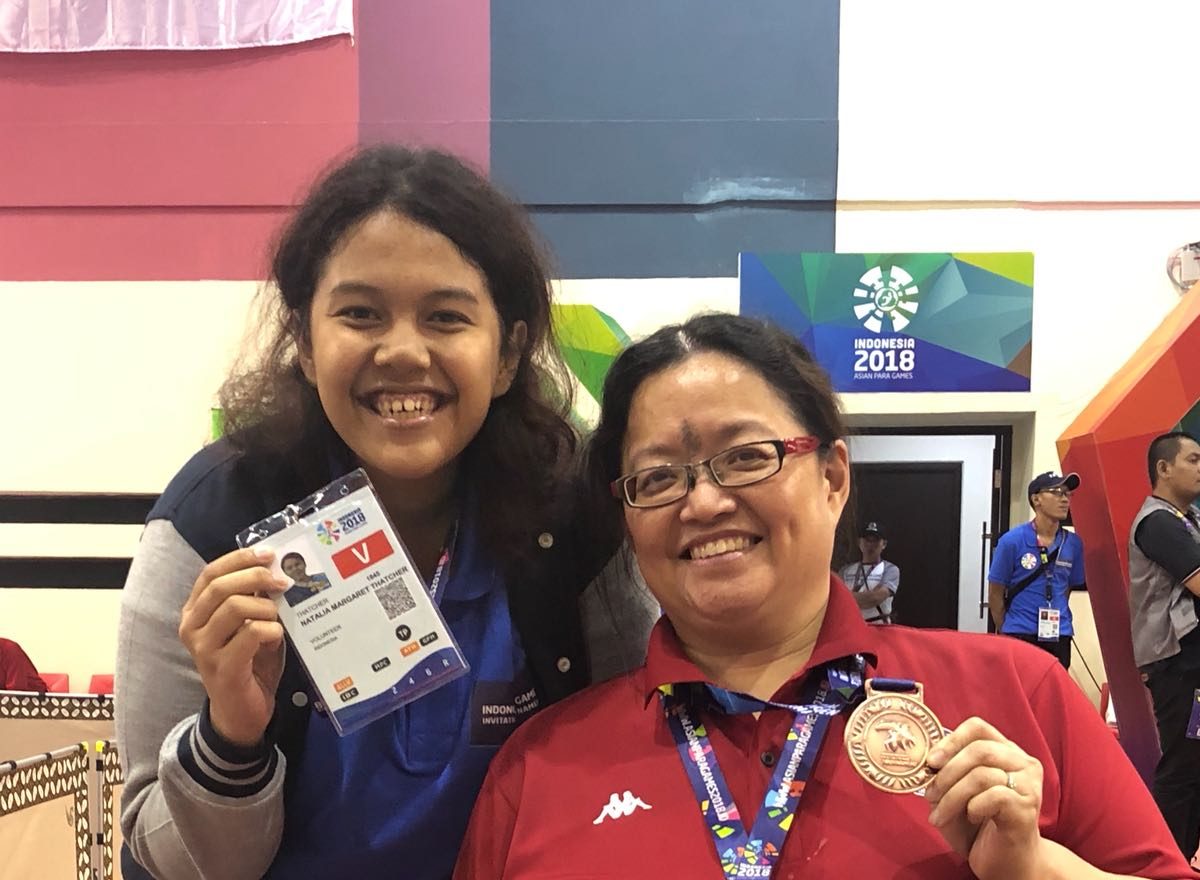 In mid-May, we were very rush to decide to participate the 2018 ITTF Para Table Tennis Indonesian Open as we had not planned in doing so. I joined it just because it was a Test Event for the coming Asian Par Games (APG) to be held in October 2018. I wanted to know about the meals, village and venue’s condition. Honesty speaking, I did not have much expectation towards it as Indonesia seldom held matches before and had little experience in doing so.

Out of my expectation, with the organization’s serious attitude, it ran very well. They made it just like the real APG. Starting from the airport, we were

welcome by lots of staff and volunteers. We were quickly brought to the village because our couches were guided by police out-riders for avoiding traffic jam. In the following days, police out-riders were used every time when we went to and fro between village and venue. We seemed to be the VIP of the city, haha!

The village were beautifully decorated creating the APG’s atmosphere though some construction works still underwent at the last stage. Numerous towers of apartment with accessible facilities were used. The room were well furnished with beds and cupboards. A ramp was specially arranged for entering the washroom. The most impressing was that you could seek assistance everywhere you went such as at the lobby, in the dining hall and on the village roads. The volunteers were always very ready to serve us with sincerity.

With the experienced technical delegate, the competition was very well organized.

Furthermore, every team was arranged with two liaison officer which helped us to channelled our needs, which could be mostly met.

To be honest, it’s not perfect in the organizing. Some problems popped up including the insufficient choice of food, most of them were spicy, the defer of the medal ceremony in the singe event due to communication problem, the limited number of lift service in the towers, the steep ramp for entering the washroom, the very thin blanket for the players’ sleeping, etc. Nevertheless, all these drawbacks could be compensated by the volunteers’ dedicated and sincere work to us. We have a very memorable precious time in that week. Presently, I bear great expectation towards the coming APG which will open on October 6!