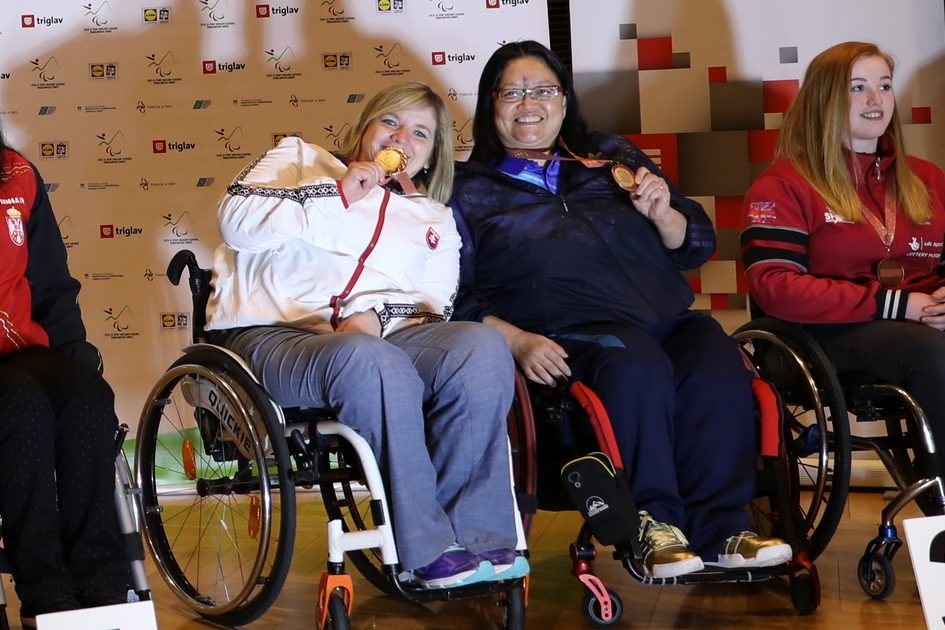 After the Rio, I took rest for one month and then resumed training in November 2016 The end of Rio meant the start of Tokyo. The engine of 4-years Paralympic cycle ran again.

The focus of 2017 was on the Team World Championship held in Slovakia in May 2017, As there ‘s only one female wheelchair player in Hong Kong, I got no team for participation.  I shifted to take part in various international tournaments, on one hand to fulfil the tournament credit, on other hand to top up my world ranking.  Since Hong Kong ‘s NPC placed most of the resources in the team world championship, I paid for myself to join other international tournaments. It was strange for me to go alone for tournaments because I had not done it for some years.

Undoubtedly, the 14th Slovenian Open was a good start for me this year. During the competition, I grasped well with the playing rhythm that I did not feel in the past few years and so won many matches. In the single, I won Thailand, Japan and Slovenia. Thus, I got the first position in the group. Disappointedly I lost in the quarter final. In the team, I together with Slovakian partner fought against Great Britain and Turkey.  We won all of them. Again, we got the first position in the group. Gaining much confidence, we won Slovenia in the quarter-final in a keen competition. Unfortunately, my right shoulder got hurt in this tense competition such a way that we lost in the semi-final.  We just captured the bronze medal at last. Presently I am having medical treatment for my right shoulder. I do hope that it would recover soon because I have to join the following tournament, i.e. Bayreuth Open in Germany next month.